Arboriculture students to the rescue in Yarra Bend

Yarra Bend Park – home to one of Australia’s biggest grey-headed flying fox colonies is not immune to dangerous hazards given its proximity to urban life. This protected population of leather-winged friends averted disaster recently thanks to Melbourne Polytechnic arboriculture students Tom and Eddie.

You don’t need to be on terra firma to get caught up in a hazard, in fact you don’t even need to be human. The simplest man-made objects can cause havoc on our wildlife.

Lawrence Pope, President of Friends of Bats and Bush Care had been eyeing off a hazardous kite that was entwined high in the Yarra Bend tree tops. The innocuous kite posed a dire risk for a local colony of native flying foxes, especially as it happened to be in the middle of their summer and autumn roosting site and close to the soft-release enclosure where our bat-pups are released.

Lawrence said “I struggled myself on two occasions trying to reach the kite and broke two 6m poles in the process. I dubbed the job:  Mission ‘impossible’.  However, when driving along Yarra Bend Road I saw the Melbourne Polytechnic students using ropes to go up VERY high trees and thought they might be able to help. I spoke to (teacher) Joe who was very helpful and we arranged to meet with climbers Eddie and Tom”.

Students Eddie and Tom, who are studying their Diploma of Arboriculture AHC50516 safely scaled the gum trees with guidance from teacher Joseph Kellet who oversaw them through this difficult and hair-raising feat of arboreal ninja-style climbing.

Our fury flying friends have had a rough ride over the last couple of years. In just the last century, flying foxes and fruit bat numbers have gone from millions down to less than 350,000 Australia wide. In Melbourne’s Yarra Bend Park, the colony sits at about 30,000 at its peak in summer. They have fallen victim to urban sprawl, changing climate and human interference, and are at a very real risk of being extinct by the year 2050.

Baby bats (called ‘pups’) often fall from the grip of their mothers and end up in perilous situations. The latest orphan, found shivering and cold on the ground, has affectionately been called Eddie after one of the students that removed the kite hazard.

Lawrence and the team at Friends of Bats and Bush Care look after bats and pups that have found misfortune.

Please grab yourself a box of tissues here; Eddie will lose two mums and, yes, they cry when it happens. His first loss is his biological mum. Lawrence says ‘we don’t know where Eddie’s mum is or if she’s even still alive. Eddie's second mum is his human carer with which the young pup fiercely bonds. Sadly, human carer mum has to part with her pup when he/she goes to bat school and can never see them again. This is necessary for full integration into the wild. We can’t have bub landing on human mums in the suburbs hoping for an extra bottle feed!’.

The bats are released back into their colony after they have had time to recover and grow.

Wishing both of our Eddies the very best of luck in the future. 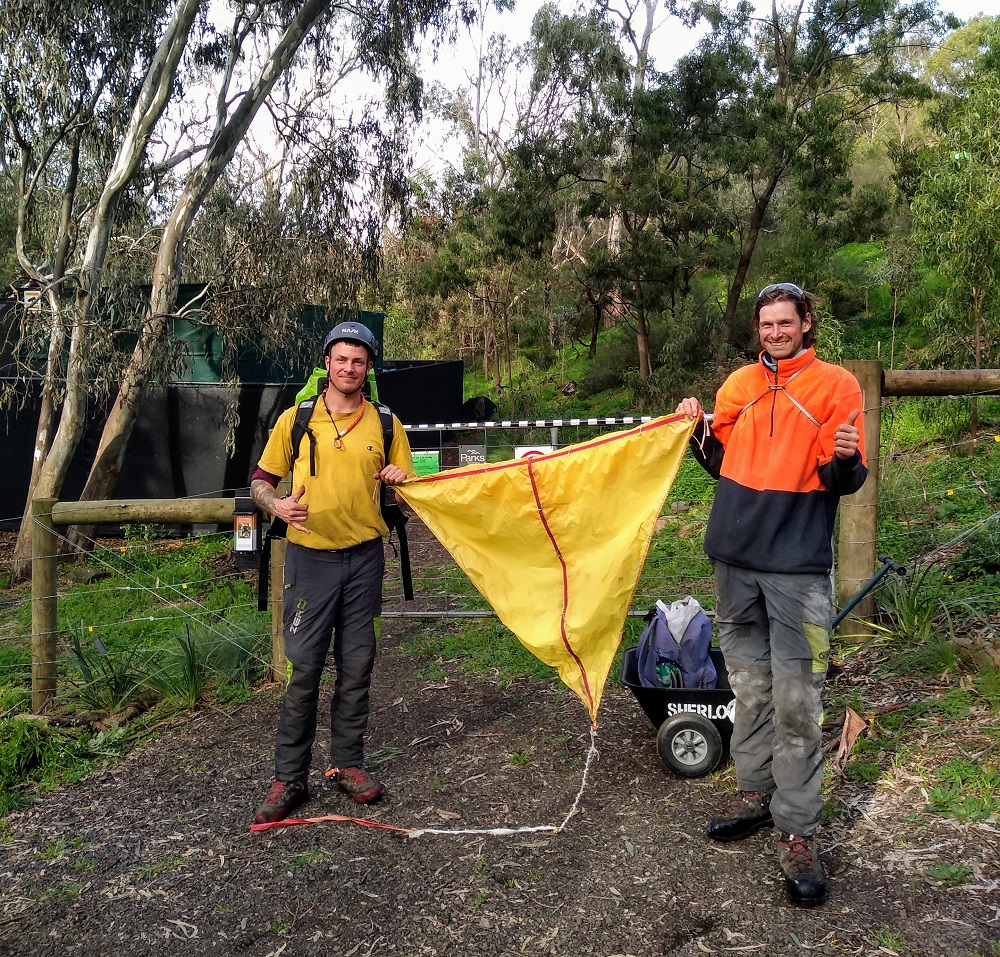 Arboriculture is the study of tree cultivation and management, with outdoor work and tree climbing part of the day-to-day job. Arborists are in very high demand, with only 15% of advertised job opportunities filled in the past several years. With increased focus on parks and green spaces in our urban area, arboriculture is a career that is set to grow over the next five years.

Other events and news that may interest you

After a 30-year career as a teacher and manager, 54-year-old Linda Day yearned for something completely different—something out of the office and into the great outdoors.

They’re kind of like family ties, the connections landscape construction apprentice Luke Saville, his boss and Melbourne Polytechnic teachers all have.

Congratulations to Sarah Jardine, who is currently studying her Certificate IV in Landscape Design at Melbourne Polytechnic, for her win in the 2018 Melbourne International Flower and Garden Show.